Our history dates back to 1993, when Jacek Giedrojć and Witold Grzesiak started their activity in the field of equity investments and corporate finance advisory.
For more than 20 years, WEG has undergone many changes that have shaped its values and approach to supporting portfolio companies.

The years 1999 - 2015 were a period of dynamic growth for WEG. Thanks to the active involvement of the founders, WEG's portfolio has grown to dozens of companies. The focus on privatization, restructuring, buyouts, and active management has led to investments in ZPC Otmuchów and Baltchem. In 2001, WEG invested in Gadu-Gadu, which went public six years after. Between 2002 and 2006, the founders gradually withdraw from the group's day-to-day management.

A period of significant changes in WEG regarding the direction of development and how the group is managed. Part of the reorganization that began in 2015 was a gradual reconstruction of the portfolio - it became increasingly important to invest in entities characterized by good prospects for rapid growth. Krzysztof Dziewicki and Przemek Danowski set a new direction: WEG focuses on projects with substantial technological advantages. 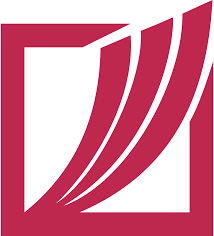 WEG is adopting a new strategy for the upcoming years. A strong focus on automation and efficiency in B2B businesses determines the tech verticals we want to invest in. The new business model defines how WEG intends to build its competitive advantage, a new element of which is the Human Capital function. In 2021 WEG celebrated its 22nd birthday. In the same year, it sold its first investment that was present in the portfolio for more than 20 years: ZPC Otmuchów.

Jacek Giedrojć has been involved in investment activities in Poland since 1992. At the begining he was focused on privatisations and management buyouts. After 1999, he was involved, among other things, in the restructuring of the portfolio of difficult assets acquired from Elektrim S.A. and in investments in early stage technology companies. He served as CEO of the Group until 2005.

Currently he remains involved in the development of the Group and management of its portfolio, overseeing investment processes, as well as reviewing and approving all of the projects. Prior to founding WEG he gained experience working as an auditor, consultant and in public administration services in Canada, New Zealand and the UK.

Jacek holds a PhD in Sociology from the Polish Academy of Sciences, an MBA from Harvard Business School and a BA in Economics from Victoria University of Wellington, New Zealand.

Witold Grzesiak returned to Poland in 1993. In the years 1993-1999 he specialized in corporate finance advisory and successfully conducted a number of transactions on behalf of Polish and international corporations, including: International Paper (ZPC Kwidzyn), Unilever (Pollena Bydgoszcz), ABB (ZWUS Katowice), Gdynia Shipyard and Eltra Bydgoszcz. He also conducted an investment in the Hydrocentrum company and its subsequent restructuring.

Witold Grzesiak was also one of the founders and executive directors of Warsaw Equity Holding company, established to restructure the portfolio of companies owned by Elektrim SA. From 1999 to 2006 he was actively involved in the development of WEG’s investment portfolio.

Currently he remains involved in the development of the Group and management of its portfolio, overseeing investment processes, as well as reviewing and approving all of the projects. Prior to founding WEG he gained experience working as a director at Coopers & Lybrand in New Zealand.

Witold Grzesiak graduated from Massey University in New Zealand, he also completed the MBA program at the Wharton Business School in the United States.